Stephen was born in Brocket Hall, Herts, to Joan (née Elam) from Canterbury and Ludek Gottlieb from Przemyśl, a fortress town in Poland. They met in a tomato field in Guernsey.

Stephen trained as an architect, but taught himself lutemaking, spending the summer of 1974 travelling around Europe studying and measuring old lutes in different museums. His first instrument was a guitar, which he also played. He became a pioneer in the revival of the authentic lute, researching and making all types of renaissance and baroque instruments from highly decorated to classically simple.

Players all over the world – in Switzerland, France, Italy, Hungary, Denmark, the US, Australia, China and Japan – own his lutes, theorboes and chittarone. They are lightly constructed and are made typically with yew or maple backs and well-seasoned spruce soundboards. Decoration is in costly materials such as ebony, snakewood, boxwood, bone and gold leaf.

Stephen was always interested in all the techniques of craftsmanship and design. On becoming Master of the Art Workers’ Guild in 2006, he was able to exploit these interests to the full and he became a leading light amongst a group of highly skilled artists and architects.

A documentary film made in 1979, the same year as the Crafts Council Collection lute was made, can be seen on his website. 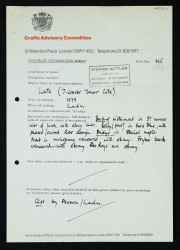 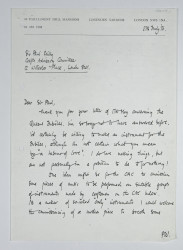 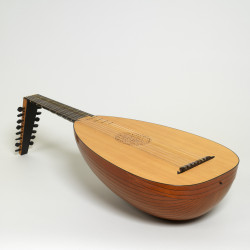