Ann Brunskill was born in 1923 in London. From 1959-1962 she attended at the Chelsea School of Art & Design. Upon leaving, Brunskill began making prints as well as etchings and engravings on metal. After completing her first portfolio, Aphrodite, in 1974, she established her own printing label called The World’s End Press. Using a Lion platen press, Brunskill began producing large-scale books including Aesop’s Fables and The Romaunt of the Rose. During this time, 1970-1975, she taught at the Rochester School of Art. In the later 1970s, Brunskill brought more colour to her books by moving from metal etching to woodblocks painted with watercolour and printed in a Japanese method. When Brunskill moved out of London in 1981, she concentrated more on painting, but continued to produce some smaller books. In 2002, she switched over to digitally enhanced images and published The Fairy and the Thief. Her work has been exhibited extensively throughout the UK.

Maker's own site
Other 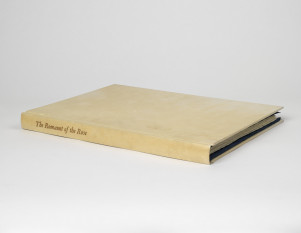