A rectangular form, slip cast in bone china with a circular hole in the back. The front, sidea and roof are decorated with a unique digital decal depicting 31 Hatton Garden, London EC1N 8DH. This is shop no.0729, one of 300 individual bone china buildings that made up 'The Tower of Babel', Barnaby Barford's six-metre high representation of contemporary London displayed in the Victoria and Albert Museum's Medieval and Renaissance Galleries from 8 September to 1 November 2015. 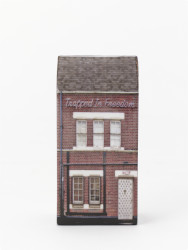 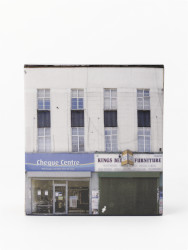 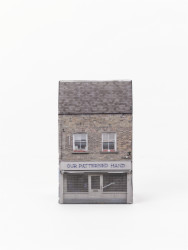